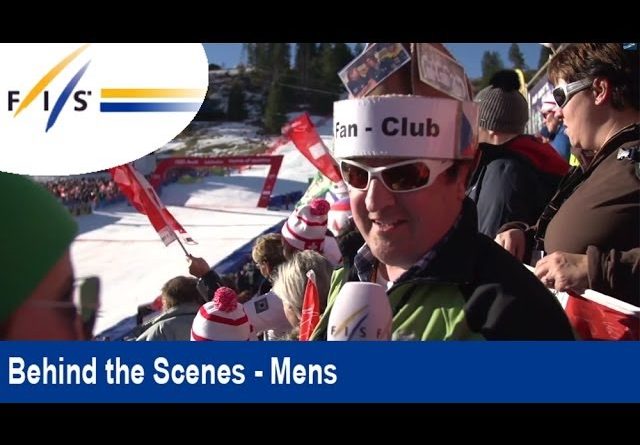 Marcel Hirscher made it three slalom victories in a row on the famed Adelboden Chuenisbärgli course with a 0.29 second victory over Sweden’s Andre Myhrer. Young Norwegian sensation Henrik Kristoffersen rounded out the podium 0.66 seconds behind.

Hirscher was already the only man to win multiple slalom races in Adelboden, but today he put the icing on the cake and became just the fifth man in World Cup history to win three consecutive slalom races as any venue. It was also another milestone for the Austrian star as the win marked his 25th World Cup slalom podium in front of over 40000 adoring fans.

The FIS Alpine Ski World Cup is the top international circuit of Alpine Skiing competitions staged annually. It is considered the premier competition in alpine ski racing together with the quadrennial Olympic Winter Games and the biennial FIS Alpine World Ski Championships. Some experts event consider winning the World Cup to be athletically a more valuable title than winning gold at the Olympic Winter Games or the World Championships, since it requires a competitor to ski at an extremely high level in several events throughout the season, and not just in one race. Today, the FIS Alpine Ski World Cup races are held primarily at famous ski resorts in the European Alps, along with regular stops in Scandinavia, North America, and Far East Asia. Competitors attempt to score a maximum of points during the season in five events: slalom, giant slalom, super-G, downhill and super combined. The fifth event, super-combined, was introduced in 2005 and generally consists of a shorter downhill race and a one-run slalom. Sometimes the downhill is replaced by a super-G. Alpine was added to the Olympic winter schedule in 1936.

This website uses cookies to improve your experience while you navigate through the website. Out of these, the cookies that are categorized as necessary are stored on your browser as they are essential for the working of basic functionalities of the website. We also use third-party cookies that help us analyze and understand how you use this website. These cookies will be stored in your browser only with your consent. You also have the option to opt-out of these cookies. But opting out of some of these cookies may affect your browsing experience.
Necessary immer aktiv

Any cookies that may not be particularly necessary for the website to function and is used specifically to collect user personal data via analytics, ads, other embedded contents are termed as non-necessary cookies. It is mandatory to procure user consent prior to running these cookies on your website.